CCC Group is among the largest footwear retailers in Central Europe, ranking as one of the largest European footwear manufacturers present in 29 countries. CCC has a total of 70 online platforms across Europe: eobuwie.pl, ccc.eu, MODIVO, DeeZee and Gino Rossi. The CCC Group sells over 50 million products a year, and the turnover in offline stores exceeds 250 million. The group employs almost 16,000 people and operates its own shoe factories.

CCC – Because I want more!

The CCC is located on the ground floor 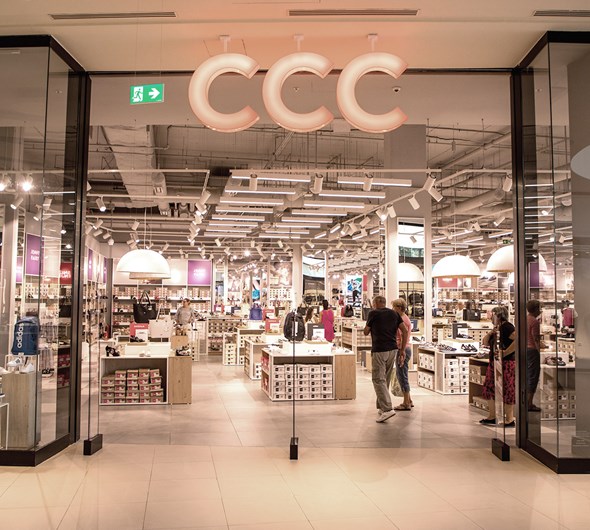